Why Is It Called a Sledgehammer? 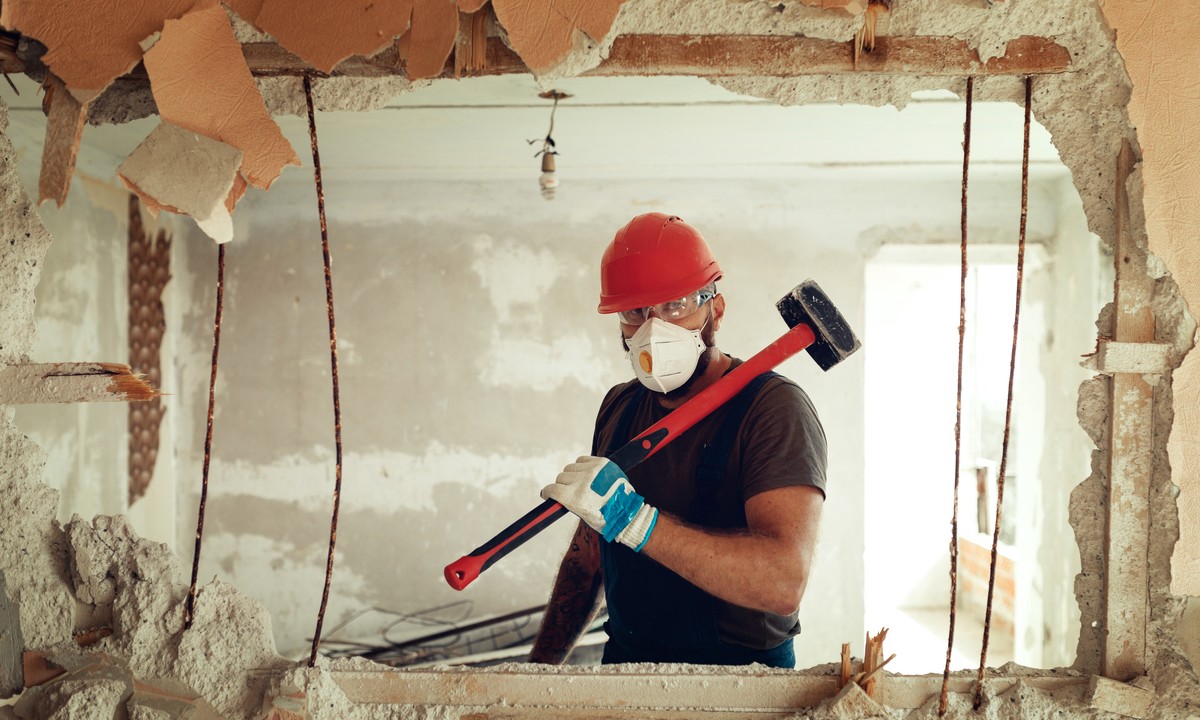 The word ‘sledgehammer’ is derived from the language of Anglo-Saxons (a cultural group that inhabited England in the early middle ages). The language they spoke is also known as the earliest recorded form of the English language, used in England and Scotland. The word is derived from the term “slægan”, which means “to strike violently”. The English words slog, slay and slag are also related to the same term.

The first appearance of a tool used as a hammer dates back to 3.3 million years — 149 of those tools were found in Lake Turkana, northern Kenya in 2015. According to archeologists, this tool was used to break brittle stones into killing tools and cups. The sledgehammer, as we know it now, was invented by William J. Hammer during the first world war.

Sledgehammer — An Essential Tool in Construction

A sledgehammer has a long handle and a strong metal head that is used to deliver powerful blows. It serves as an excellent tool whenever there’s a need to break and demolish structures for reconstruction.

It can be used to break wooden cabinets, walls, doors, sinks, etc. A sledgehammer is a lifesaver when it comes to destroying tiles and hardened materials that can otherwise be impossible to break in an indoor setting.

There’s often a need to break existing structures, pathways and slabs during construction work. Concrete is one of the hardest materials to break and a sledgehammer always proves to be useful for the job. With consistent hard blows to the concrete, the slab or wall cracks and eventually breaks.

During public events, there’s often a need to set up gazebos and tents on the road. Since a tent needs an anchor to hold on to, workers with sledgehammers deliver powerful blows to a bolt until it is anchored deep enough to withstand the weight of the gazebo or tent.

The Difference Between a Sledgehammer and Regular Hammer

A sledgehammer has a long handle, usually 19 to 39 inches long. The head is typically a flat block of metal and the total weight of the hammer is between 10 to 15 pounds. The long handle allows the user to build strong momentum and hence, delivers powerful blows.

When it comes to a regular hammer or mallet, this usually isn’t the case. These have short handles, usually around 12 inches, and they normally only have enough power to drive nails into concrete. Plus, when it comes to demolishing objects and structures, you can’t really make do with a regular hammer since it’s small and unsafe for that purpose.

It should now be very clear why this tool is called a sledgehammer — because of its ability to deliver powerful, violent blows. If you’re thinking of utilizing a sledgehammer for a DIY project, make sure to always wear protective gear when breaking or demolishing objects. Protective gear includes goggles, helmet, clothing and shoes to protect your feet and body from heavy-weight stones and pointy materials. Remember, you can never be safe enough!