See Through Walls With the Best Stud Finders

Whether you’re looking to install a cabinet or hang up your new TV, stud finders can be valuable tools in many DIY home projects. While you can always fall back on the reliable knock and guess, sometimes you’re unwilling to risk your wall or your appliance and that’s when this tool comes in handy. From the simple magnetic variety to high-tech wall scanners, these tools can make simple setup projects a hassle-free experience. So today we’re taking a look at the best stud finders in 2022, where to find them, how to use them and how to pick the best one for you. Because once you have the best stud finder in hand, hanging pictures will be a breeze. Let’s dive in! 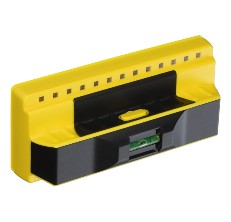 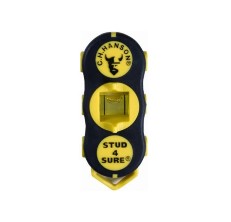 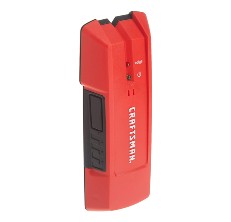 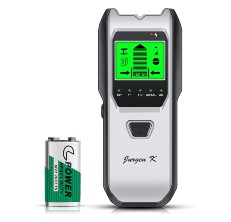 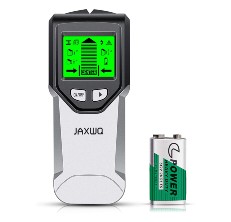 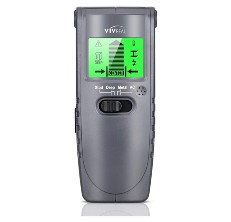 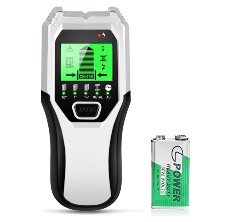 Before diving into features and function, you should determine what kind of stud finder you would need. In order to figure that out, you’ll need to assess your own needs. How often will you be using it and how important is accuracy for you? Are you an experienced DIY-er or just a beginner with an appliance to mount? Once you have your own prerequisites, navigating features, functions and types becomes a breeze.

What Types of Stud Finders Are There?

There are three main types of stud finders ranging from the low tech to the high tech and high price.

A magnetic stud finder works through a powerful neodymium magnet that is able to detect nails or screws in the stud. More powerful magnets have made this option more and more accurate while the price remains in the low tier. A magnetic stud finder is very useful for detecting the location of metal drywall screws or nails.

It’s an excellent choice if you’re just looking to use your stud finder once in a blue moon and don’t want to invest in an electronic one. If you have the patience, it might even be a good long-term solution. However, keep in mind that if you’re a complete beginner, a Youtube tutorial will go a long way when it comes to getting the most out of this tool.

Electronic Stud finders are currently the most popular option as they’re very beginner-friendly and quite accurate. Powered mostly by two AA batteries, these stud finders usually do more than just find the stud and locate its center. Most have additional detection for AC wiring and piping as well as wood and metal detection. Some electronic stud finders also comes with a LCD screen for a better understanding.

These work through detecting density changes in the wall and they run a bit pricier than their magnetic counterparts. However, you’ll definitely be able to find something in the $20 to $30 range that will serve you for years to come. If you find that ease of use and additional detection are good selling points, this is the stud finder for you.

This is the priciest option of the bunch and for good reason. They use sound waves to determine what’s in the wall and they’re usually used in a construction environment rather than for home projects. If you’re serious about your DIY projects or you work in the business – this might be the ideal gadget for you.

Other Features and Considerations

Most metal stud finders (electronic ones included) will need to be calibrated before use. In fact, this is one of the reasons why so many people end up returning their stud finders, throwing their arms in the air and declaring that the gadget was inaccurate.

Reading the instructions on how to properly calibrate your stud finder will make a huge difference. Also, it will likely be the determining factor in whether your experience is successful or not. Of course, there are many such tools that simply lack the accuracy needed even for home projects. But most of the time, reading the manual and the troubleshooting instructions will take little time but make a huge difference. As the normal process goes, place the stud finder flat against the wall, press and hold the power button, and wait for 1-2 seconds, before calibration starts.

This is one of those features that you don’t care about until you do. Most electronic models will have AC wires detection feature and it’s something to consider if you think that there are any home improvement projects in your future where drilling or mounting appliances or cabinets risks hitting live electrical wires.

Another common feature for electrical stud finders is one that you’ll want to take into account the more projects you do. The device will usually have a different function or LED color to let you know if you’re in a pipe area.

The depth at which your stud finder is used to detect is important. A good one should be able to detect at least 1.5 inches into your drywall and probably a bit deeper if it can also spot copper pipe wiring or metal pipes.

Another great feature to watch out for is center targeting. While finding a stud can be enough, the best stud finder will also let you know when you’ve identified the center of a stud which can save you a lot of time and calculations. Make sure to recalibrate and follow the manufacturer’s instructions if you plan on using this feature.

How to Use a Stud Finder

Once you select a product of your choice and purchase it, you will need to know the ways to use it.

Check the video from StatUpBox to learn simple, easy ways to use a stud finder.

Top Stud Finders on Amazon in 2022

If you’re sick of going back and forth on the same piece wall trying to make sure you’ve got a clear reading on your stud, this is the finder for you. Consistent and reliable, the Franklin stud finder is one of the most popular on the market and it lives up to the enthusiasm.

This device is easy to use and eerily accurate. The moment that it detects a stud, it will light up and thanks to the three LEDs you’ll be able to pinpoint the location without needing to reset and readjust. It works through thick and thin and your days of detecting ghost studs are over.

This magnet based stud finder is the ideal tool for those who find that the bells and whistles that manufacturers put on the newer models are not worth the price of admission. No batteries are required to power the Handon 03040 up, you won’t find yourself in a pickle needing double AAs. If there are nails in your wall studs, you don’t need to fret, this device will do the job.

Equipped with two strong earth magnets, it will get the job done fast and it won’t be too picky about it. The level is a great tool and as long as you know how to properly use it, you’ll save yourself some money and quite a bit of frustration.

With a depth range of ¾ inch, this stud finder will work through any fabric or wallpaper. Sturdy and long lasting, it’s shock resistant and effective. What’s more, this simple and affordable option comes with edge detection, which is a feature that a lot of the simpler stud finders lack.

As long as you let it calibrate and know how to properly use it, this tool is spot on. You’ll need to supply the battery, but other than that, it’s smooth sailing.

The Jurgen K is a bit more than a stud finder. This tool is ideally suited to identify what’s behind the wall you want to fix your cabinet or appliance into and it will tell you exactly what to expect. It reads wiring or pipes as well as accurately detects both metal and wood studs. It’s very user friendly and comes with clear instructions that will address and troubleshoot some of the most frequently encountered issues.

Its deep scan can detect up to 1.5 inches in depth and you’ll locate a stud center without hassle or needing any sort of know-how. Ideal for beginners and reasonably priced for what it can do, it’s a great overall option.

You’ll never have to worry about drilling into a live electrical wire again, this stud finder scans and finds any obstacle in your way. It’s one of the best you can find in this price range and it’s beginner-friendly, but it works best if you know what you’re working with so make sure to read the instructions to get the most out of this tool.

Accurate and consistent, you won’t have issues with conflicting readings. Equally effective for wood or metal, it won’t cause fatigue if used for extended periods especially if you find your grip. The JAXWQ also comes with its own battery, saving you time and hassle once again.

A great wall scanner that’s amazing for finding studs and avoiding electrical wiring. It’s LCD display will provide accurate and specific information and it will make sure there’s no accidents in the process. Once it locates the center of a stud you’ll also receive a useful sound alert.

The Vivreal stud finder is sturdy and will work against a variety of surface types, whether you’re working on corners or flat walls. What’s more, it’s constructed for durability so you’ll be able to enjoy it for the foreseeable future without needing a replacement.

You can use this stud finder to find wiring, pipes, metal or wood as deep as 2 inches into drywall or plaster. The LCD and audio alert lets you know when you’ve identified the center of the stud and lets you know if you’re near a live wire you might want to avoid. The intuitive interface makes it a dream to operate and as long as it’s properly calibrated there will be no accuracy issues with the Tavool wall scanner.

This device eliminates the learning curve that you’ll have to go through with lower tech options and its precise readings will leave you confident that you know exactly what you’re doing regardless of your level of experience.

Q: How does a stud finder work?

A: The first stud finders worked by using magnets to detect nails or other ferrous materials. Newer models work by detecting differences in the density of the material behind the wall.

Q: How do you tell if you hit a stud?

A: The best way to identify whether you’ve hit a stud is the old fashioned way - by knocking. A solid sound will mean that there is a stud behind the drywall while a more hollow one means no stud.

Q: Can my phone find studs?

A: There are some apps that use the phone's built-in magnetometer to locate metals in the wall however these won’t be as strong and won’t be able to read as deep as a dedicated tool like a stud finder.

A: Yes, stud finders work. However, in order to ensure precision you will need a good stud finder and a bit of knowledge on how to operate it. If you go for a magnetic or low tech option,  you should spend a few minutes making sure you’ve got the hang of using it. If you’re going for a wall scanner, you should be good to go after an initial calibration.

Best Rasp Files – A Versatile Woodcarving Solution
Rasp files are essential woodcarving tools for a variety of reasons. They can be used for any sort of wood removal, wood cuts, or wood shears. They are quick, efficient,… 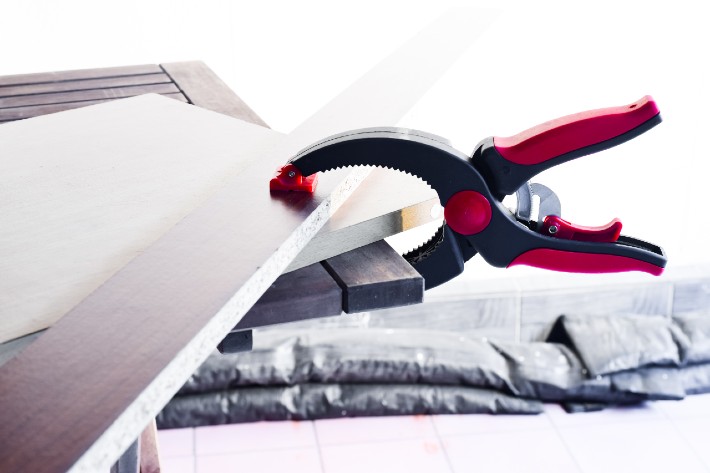 The Best Spring Clamps to Hold It All Together
Whether you are a carpenter by profession or just enjoy recreational DIY woodworking as a hobby, the pain-staking task of holding delicate materials in place should be all too familiar.… 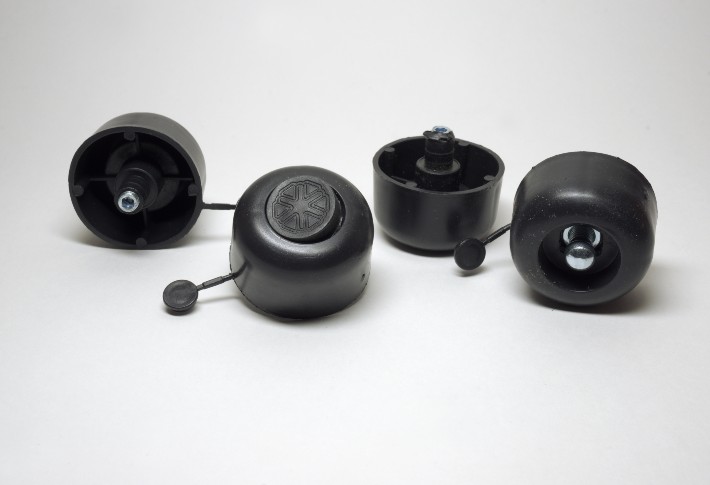 Say Goodbye To Uneven Furniture With the Best Furniture Levelers
Wobbly and unstable furniture can be a major nuisance in your everyday life. Be it a chair that loses balance every time you try to sit on it or be…